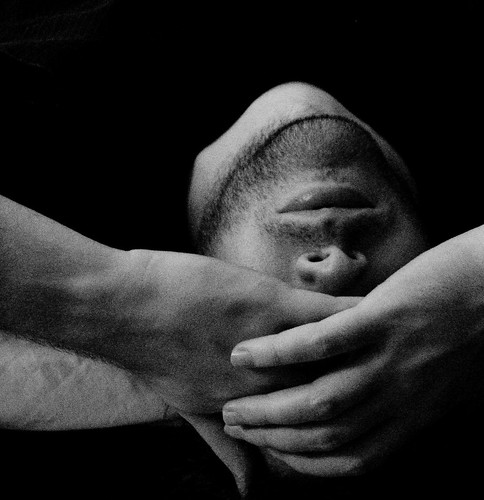 “What sorrow awaits you teachers of religious law and you Pharisees. Hypocrites! For you build tombs for the prophets your ancestors killed, and you decorate the monuments of the godly people your ancestors destroyed. Then you say, ‘If we had lived in the days of our ancestors, we would never have joined them in killing the prophets.’ “But in saying that, you testify against yourselves that you are indeed the descendants of those who murdered the prophets.

The Pharisees and Sadducees, the most powerful religious leaders of their day, admit their ancestors are known for killing prophets. They swear they would have never done such things – yet they murder the very Messiah they await. What came before the killing? They believed a lie.

When we believe a lie, we are capable of doing what we once thought we could never do.

Satan is a liar, and has always been. He knows that the most effective way to get you to do something you know to be wrong, is to get you to believe that it’s not. Deceiving a group of religious leaders and telling them a mere man claims to be God incarnate plants the seed of murder in their minds. Even though they know and have sworn that they themselves would never kill a prophet of God, the seed has been planted and is sprouting evil.

If we want to be about God’s business, we need to seek Him first, seek to know His thoughts and His opinions. God alone has the power to break lies off of you, reveal the truth, and throw those lies in the pit of Hell forever. He deeply loves you and wants to talk with you about all things…even the seemingly small details.

What lies are you believing that justify a behavior you know is wrong?

Recently, I sat down with a friend I haven’t talked with in depth for a while, just a time to catch up and let our kids play. “What’s going on with you these days?” she tossed out with a smile. I stumbled over thoughts. Usually I can pick one or two things going on and jump right…

What actually sets us free? It may be much simpler than what we’ve been thinking. WATCH HERE…

I grew up in the church. So I thought I knew the formula – I thought I knew what to expect. But I was in for a huge surprise. Studying abroad for a month sounded like a fabulous way to earn 6 credit hours the summer before my senior year of college. So, leaving Steve,…

I was singing worship today and I felt God give me a word as we sang out the following lyrics from a Gateway Worship song: “Wonderful You are wonderful Yours my heart You’re my life Jesus Christ” He said to me, “I know”, and there was a short pause, “even in your sinning, even in…

Have you ever wondered if your presence makes a lasting difference? Can we really affect change in the world around us? (WATCH HERE…) Did your mom or dad ever tell you, “Leave it better than you found it”? In one way or another, I’m constantly telling my kids this. When we visit a friend’s house,…

Have you ever wondered…where is God? In this world of distractions and struggle, where is God? Is He distant, out of touch, or a figment of our imagination? WATCH HERE…